benefits of coffee, Coffee is a very lovable bean that comes from a genus of flowering plants of the Rubiaceae family that grows in the tropical places. The height of this tree varies between 3 to 10 meters and gives 3 to 5 years after planting. This plant has white and fragrant flowers that are similar to jasmine flowers. Coffee has left an interesting statistic. It is the second most traded beverage after oil and the second most widely consumed beverage after water. One in four people in the world deals with it directly and indirectly, and 40% of the world’s coffee is grown in Brazil.

Here are 9 unique and awesome benefits of coffee that are important to know. Also, don’t forget to share coffee benefits with others too.

Coffee is usually not well known for a variety of reasons, from the caffeine it contains to the stains it leaves on the teeth. But the truth is that the properties of coffee are greater than the negative effects attributed to this delicious drink. What is overlooked is that coffee is more than just caffeine.

Coffee in its original form is a complete food that is full of antioxidants and beneficial nutrients. The key point is how to access quality coffee and how to avoid wasting any of its health benefits; Usually, people deprive themselves of the benefits of coffee by eliminating the nutrients in coffee or adding harmful substances such as synthetic additives to it.

According to a study conducted in Spain, athletes who drink about 340 ml of coffee before starting their physical activity burn approximately 15% more calories during the three hours after physical activity. Research has shown that even if you do not exercise, your body will still increase by 10 to 20% by consuming one to two cups of refreshing coffee daily.

According to Japanese researchers, drinking about 140 mg of coffee increases blood circulation in the capillaries by up to 30%. This level of increased blood circulation improves oxygen delivery to body tissues, the benefits of which include improved performance in physical activity.

In addition to causing the brain to secrete important chemicals, coffee also helps stop the secretion of other chemicals, such as the adenosine-blocking neurotransmitter. This leads to an increase in the secretion of other neurotransmitters such as norepinephrine and dopamine, which ultimately increases the activity of nerve cells in the brain. As a result, we will see improvements in the function of various parts of the brain, including reaction speed, agility, and overall cognitive function.

4.Lowering the risk of heart disease

Caffeine consumption can increase blood pressure, according to many years of studies; Despite this claim, it should be noted that the effect of caffeine consumption on blood pressure is very small and usually occurs among those who do not drink coffee regularly. To date, no studies have confirmed the effect of coffee consumption on the increased risk of heart disease; In fact, there is evidence that coffee can reduce the risk of heart disease in some people, especially women. People who drink coffee are also up to 20 percent less likely to have a stroke.

Studies have shown that coffee consumption, in addition to preventing liver cancer, also helps prevent common liver diseases such as hepatitis and fatty liver. Coffee can also protect you against cirrhosis of the liver; In this disease, damaged tissues are widely replaced by healthy liver tissues. Evidence shows that consuming more than four cups of coffee a day can reduce the risk of cirrhosis by up to 80%. 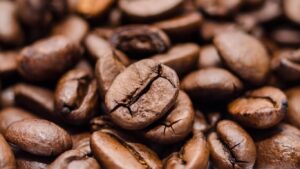 These properties of coffee seem to be very famous and obvious. This is basically why many people start their morning with a cup of coffee. And without a doubt, drinking coffee can provide the extra strength and motivation you need, especially if you did not sleep well last night. This property of coffee is due to the presence of caffeine, which, like a stimulant, helps you to be more alert and focused. Coffee also boosts your energy levels and helps you work longer hours when you feel down.

7.Reducing the risk of Alzheimer’s

Researchers at the Universities of Miami and South Florida have found in a separate study that there is a direct link between coffee consumption and a reduced risk of dementia, one of which is Alzheimer’s. In fact, those who drink about three cups of coffee a day are up to 65 percent less likely to develop Alzheimer’s. Coffee drinkers are also about 32 to 60 percent less likely to develop Parkinson’s disease, another type of neurodegenerative disease.

Next time you taste your coffee, mix the pulp with some coconut oil and apply to the cellulite parts of your skin. You may not see the desired result for a while, but after a few repetitions, you will see that freshness, smoothness and smoothness return to your skin.

As a powerful stimulant, coffee provides a natural leap in energy levels. This jump is not just an increase in your energy efficiency; Up to three hours after drinking coffee, there is an increase in your body’s basal metabolic rate that is directly related to coffee.

According to a study by the Journal of Applied Physiology, coffee helped athletes exercise better. The researchers were able to detect a 66 percent increase in athlete’s muscle glycogen after drinking a cup of coffee. Glycogen helps the body replenish the energy stores it lost during exercise faster.

The best and healthiest way to consume coffee is to drink it pure and bitter. But if you like the taste of your coffee to be different, add a little cinnamon to it. Cinnamon is an iron-rich spice that helps keep blood sugar steady and lowers bad fat levels. Nutmeg and cardamom are other ideal choices to add to bitter coffee .

Five things you need to know about Non-dairy creamer

Why black coffee is a great drink for weight loss?