Many of us love a cup in the morning to get us ready for the day, or a cup later in the day to avoid that mid-afternoon slump. However, you may have heard about a new study that found that consuming more than six cups of coffee per day might diminish brain volume and raise the risk of dementia. Is there a relation between consuming coffee and brain damage? Let`s find out.

Quick Access hide
Greater risk of dementia
How was the research carried out?
Coffee intake and brain volume
An observational study
What did the researchers discover?
The danger of dementia was less obvious
Health condition
What should we make of these findings?
But does the size of one’s brain truly matter?
Limitations
Caffeine’s cardiovascular effects

Researchers discovered that this amount of coffee intake is linked to a decreased overall brain capacity and a 53% greater risk of dementia. However, they did not find that excessive caffeine use causes dementia, and they stress that this study cannot determine the underlying explanation of the connection.

How was the research carried out?

The study looked at whether frequent coffee drinking was linked to changes in brain volume and the risk of getting dementia or stroke and to find out if there is a relation between consuming coffee and brain damage. The researchers examined 398,646 people aged 37 to 73 from the UK Biobank research database.

To assess illness outcomes, the researchers examined the number of persons who got dementia or had a stroke and compared it to coffee use. The researchers matched brain imaging to the quantity of coffee people consumed on a daily basis to determine the relation between consuming coffee and brain damage. This element of the study examined 17,702 persons out of 398,646 total.

Because the study was observational, no adjustments were made to the individuals’ diets or lives. Instead, they examined the individual’s coffee consumption and found a link between the quantity of coffee taken daily and the risk of acquiring dementia or having a stroke and between consuming coffee and brain damage.

What did the researchers discover?

Overall, they discovered that the more coffee people drank on a daily basis, the lower their total brain capacity was and they found out that there is a relation between consuming coffee and brain damage. 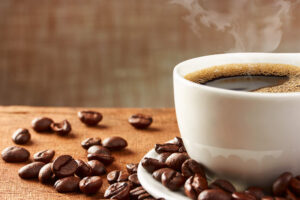 The danger of dementia was less obvious

After controlling for variables such as underlying health conditions, gender, and age  and body mass index, the researchers concluded that drinking more than six cups of coffee per day was associated with smaller brain volume and a 53% increased risk of dementia compared to drinking one to two cups per day. The evidence suggesting a link between coffee consumption and stroke risk was insignificant.

What should we make of these findings?

The ramifications of reduced brain volume are not known, and this study does not address this issue. However, brain shrinkage occurs gradually as we age, and studies reveal a link between brain volume and dementia.

But does the size of one’s brain truly matter?

There are other species with bigger brains than humans, yet the link between the size of the brain and intelligence is tenuous. This is a developing field of study, so keep an eye on it. Notably, the study does not answer whether the brain shrank over time – brain volume measurements were taken at a single moment in time. So, while some headlines stated that the study discovered that drinking too much coffee causes the brain to “shrink,” the researchers did not really quantify this.

One limitation of this study is that complete dietary information was only accessible to a subset of subjects. This is an issue since a poor diet increases the risk of cognitive decline and dementia. Healthy food patterns, on the other hand, have repeatedly been linked to longer life and higher cognitive health. As a result, dietary variables may be distorting the results.

These observational studies can only tell us whether or not particular things are related, not whether or not there is a causal relationship. Caffeine’s cardiovascular effects might be one possible explanation for the increased dementia risk. For example, there is evidence that drinking unfiltered coffee raises cholesterol, and high cholesterol is a primary risk factor for atherosclerosis (fat buildup on artery walls), which is linked to vascular dementia.

Eight ways to use coffee on the skin,...