All about CoffeeCoffee tips

Is mixing milk with your coffee bad for your health?

As we all know, drinking coffee with milk is one of the most common ingredients for coffee lovers, which is very popular and has many lovers.

But here we try Drinking coffee with milk and its possible dangers! Let’s check.

Check Drinking coffee with milk and its possible dangers!

Effects of drinking coffee with milk

Most coffee drinkers prefer to add some milk and sugar, but new research does not bode well for this group of people.

Researchers at the University of San Diego in California, after examining 19,400 people who drank coffee and tea with milk and sugar, concluded that adding milk and sugar to hot drinks turned them into a calorie bomb.

In detailed studies, the calories of each of these ingredients were examined separately, a packet of sugar (the amount given to customers as a unit in coffee shops) has 11 calories and milk 9 calories.

It is interesting to know that adding milk and sugar to a cup of coffee actually enters the body with 69 extra calories of energy per day.

Next, we must say that people who drink tea in the same way, their extra calories were reported on day 43, but in both cases, the extra calories that enter the body by adding milk and sugar to a hot drink can not be ignored.

One of the members of this research group, referring to the calorie difference between the two drinks, suggests that people who can not stop drinking tea or coffee with milk and sugar, replace tea with coffee because it has fewer calories.

On the other hand, caffeine in coffee acts as an artificial stimulant and causes the pituitary gland to secrete a hormone that releases adrenaline from the adrenal glands.

Caffeine is known as a weight gainer and has a negative effect on blood sugar levels. Given that we live in a stressful world, our bodies will not be able to tolerate such stress when we use these stimuli (such as coffee). 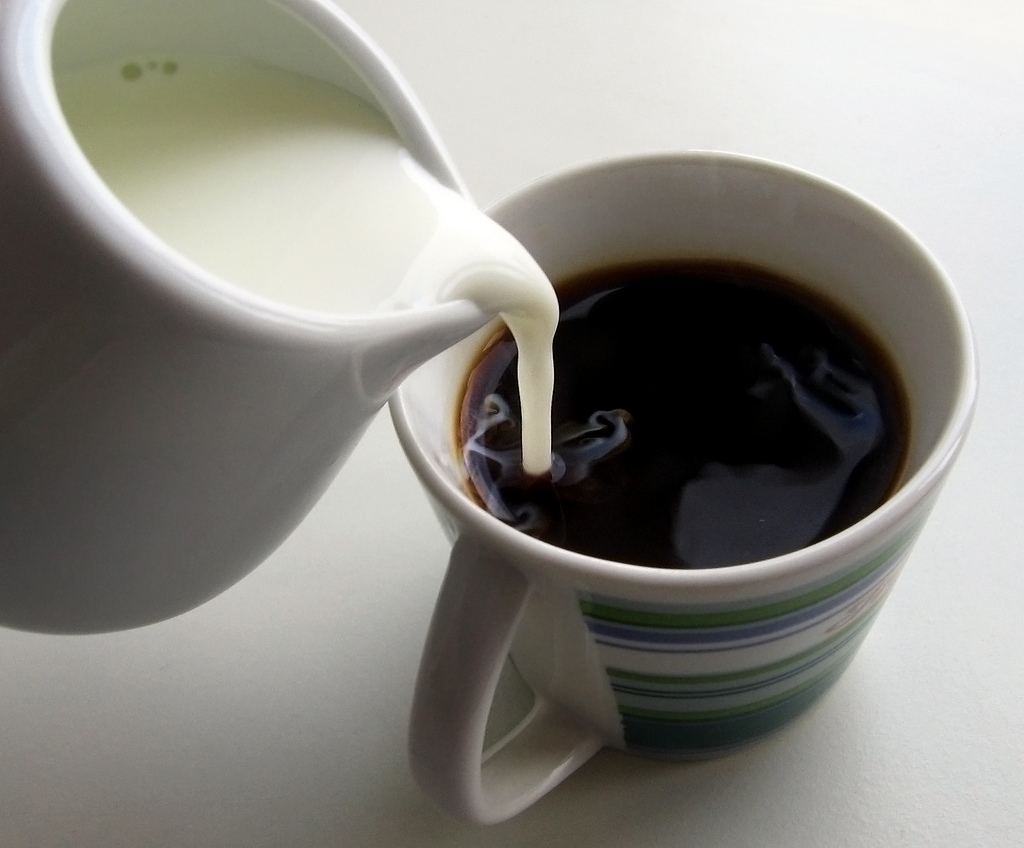 Promoting coffee raises concerns about the effects of caffeine on bones, or more specifically calcium absorption. The reason for these concerns is that women should consume 1,200 mg of calcium daily to prevent osteoporosis and fractures of the buttocks, ankles or spine.

Every woman should be careful whether drinking milk and coffee leads to insomnia or heartburn. In general, women who drink coffee milk and other beverages should meet the rest of their daily calcium needs from other sources of calcium.

In general, it can be said that drinking milk with coffee is better than not consuming milk. To make coffee milk, you need at least one glass of milk, which provides one-third of your daily requirement for calcium and other nutrients.

A study of 1,000 postmenopausal women found that women who drank at least one glass of coffee a day in their lifetime had higher bone density than women who did not drink milk at all.

Does REALLY Coffee Cause You Bad Breath?