What exactly is within coffee cherry? Coffee is made from the seeds of a fruit, which we roast, ground, and brew. Coffee cherries are produced by the coffee plant, and the beans are the seeds inside. Coffee trees can reach heights of nearly 30 feet (9 meters) in the wild. Producers, on the other hand, prune and stump plants to preserve energy and aid harvesting. In a constrained space, smaller trees produce more and of higher quality. The components of the coffee cherry have an impact on the processing method. 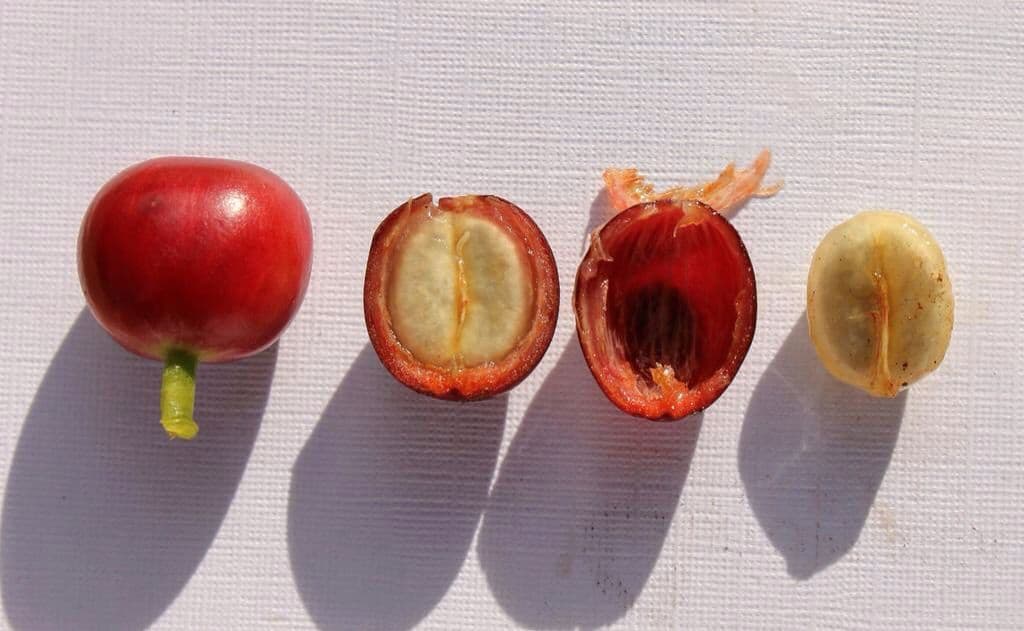 Layers of a coffee cherry

The components of the coffee cherry have an impact on the processing method and the final profile of your coffee. What exactly is within coffee cherry?

According to the basic anatomy of the coffee cherry, it may contain only one seed, which is rounder and larger than typical. This happens in around 5% of coffee cherries, and the resulting beans are called peaberries.

Peaberries can be an anatomical variant of the plant or can arise when pollination is insufficient and one ovule is not fertilized. Sometimes a seed just does not germinate, whether due to genetic or environmental factors. Peaberries are most commonly found on areas of the coffee plant that are exposed to harsh weather.

Peaberries are occasionally marketed at a premium since there is considerable controversy about whether they have a sweeter and more appealing flavor. Their rounder shape enables for better rolling in the roasting drum, regardless of whether you think they taste different. To avoid an uneven roast, it’s preferable to keep them separate from other beans.

How Water can break or make Coffee