French Press Mistakes and 7 Factors Changing the Taste of Coffee

French Press Mistakes and 7 Factors Changing the Taste of Coffee

Quick Access hide
French Press Mistakes
1. Do not thoroughly clean the French press
2. Poor quality coffee from French press mistakes
3. Grind the seeds correctly
4. Take ratios seriously
5. Coffee is not food, do not brew for the next consumption !!
6. Do not use boiling water
7. Heat the French presses and cups

French press mistakes are one of the most common mistakes that occur among coffee lovers and consumers.

In this article, we try to talk about the mistakes of the French press that can happen when brewing and brewing coffee, and we will tell you the solution to get rid of these problems.

It is a very general matter that we want to know about the mistakes that may occur when brewing and brewing coffee, and that is why we decided on the mistakes of French Press, which is one of the most popular and widely used brewing tools and equipment. Let’s talk about making coffee so that you can make a good and excellent coffee with it.

At first glance, you might ask yourself how a machine with a coffee brewing method that is very simple and clear and is easily ground by pouring hot water on the coffee and lowering the piston after a few minutes, the steps are done. Could it have been done incorrectly? !! We have listed 7 of the most important ones for you:

1. Do not thoroughly clean the French press

Perhaps the simplest thing that happens in the French press and other coffee brewing machines, and almost everyone goes through it casually and ignores it, is that the French press is clean when brewing coffee.

It is interesting to know that according to studies, it has been observed that more than 28% of the spoiled taste of coffee is due to the uncleanness of coffee brewing equipment, so by understanding this issue, you may be able to know more about the importance of this issue.

One of the mistakes of French pressing and cleaning is that we wash the filter very quickly and carelessly, while the most important and main place for coffee residues to remain is definitely the filter. 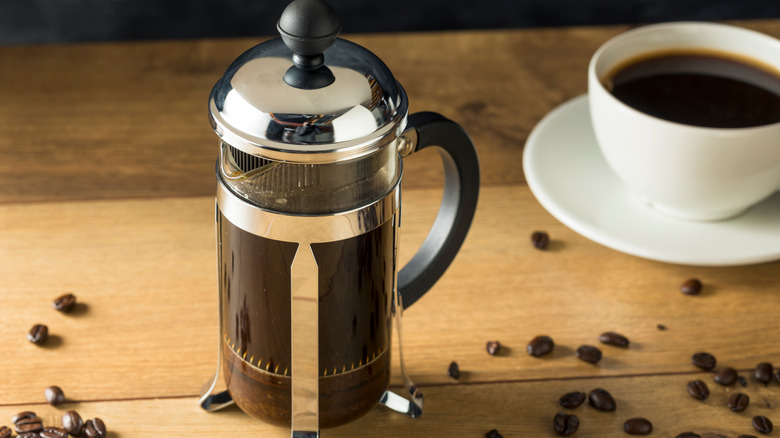 Buying coffee is one of the most important things that should be considered before starting the process of brewing coffee, whether with a French press or any other device.

In fact, no matter how carefully you do all the steps of brewing coffee, if you do not choose the right and good coffee beans, your work will definitely not bring good results.

Among the devices used to brew coffee, the French press is always one of the first options that people seek to use due to its simplicity, but it is often observed that due to the inaccuracy of mistakes. The French press, which is sometimes very simple, will be equal to the last time.

And on the other hand, since you brew coffee with this device, you use the method of buoyancy, the use of fine mills causes your coffee extraction rate to be too high and the taste of your coffee to be bitter.

if you click on this link, you will redirect to:
Gardenmag.net
Check out the Gardening Tips on Gardenmag.net : Fifteen plants that attract butterflies

One of the mistakes of French press and other brewing methods that is very common is not observing the proportions that are expressed in their preparation method. 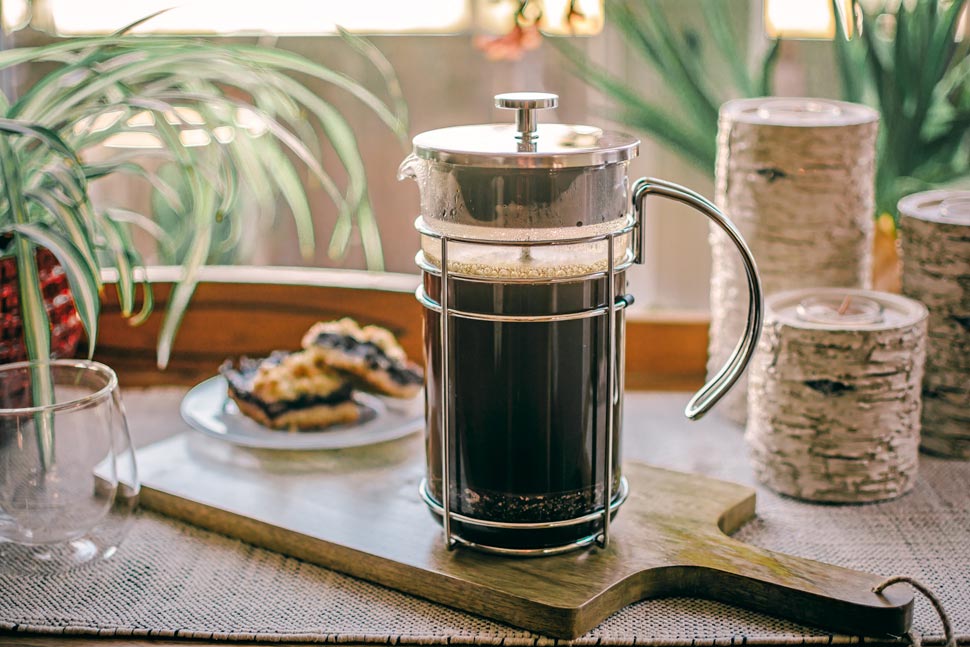 Unfortunately, the wrong way of thinking that is sometimes seen in some people when brewing coffee is greed when extracting coffee, and in a way, they think that the longer the coffee stays and brews, the better !!!

The ratio of coffee to water in terms of weight is 1 to 13, which means that for every amount of coffee you use, you should use 13 times as much water, preferably from a scale to lift weights.

In terms of time, once the coffee and water are combined in the French press and its brewing begins, it is necessary to brew for 4 minutes.

5. Coffee is not food, do not brew for the next consumption !!

One of the mistakes of the French press, which may be rooted in laziness, is brewing too much coffee for the next time, which not only has very bad results for your coffee both in terms of taste and health!

6. Do not use boiling water

Another thing that needs to be considered about the French press and any method of brewing coffee is the required water temperature. One of the mistakes of the French press that is often repeated is the use of boiling water for extraction.

Check out the Latest coffee tips on the coffeemag.ca : What is Decaf coffee? And is it safe?

7. Heat the French presses and cups

The last option that we need to mention, and it is a kind of mistake that is made when serving coffee prepared with French press, is not heating the cups and French press, which can have a great impact on the taste of coffee. Ready to have you.

Studies show that when you pour coffee into cups or French presses before you try to heat them, the aroma and aroma that emanates from your coffee doubles and your coffee tastes very pleasant.

Is mixing milk with your coffee bad for...