About potato taste defect and the ways coffee producers stop it

Quick Access hide
The origins of PTD
The bug is not the main reason
How do coffee farmers check for PTD?
The ways coffee producers face potato taste defect problems

Some of the finest coffee beans are produced in the countries around Africa’s Great Lakes such as Kenya, Ethiopia, Rwanda, the DRC, Uganda, Burundi, and Tanzania.

Although they produce good coffee, they struggle with a problem named Potato Defect or potato taste defect (PTD). PTD results in coffee that tastes and smells like raw potato. The flavor of raw potato overpowers other delicate tasting notes of the coffee.

But how does PTD occur and how do coffee producers face it? Read this article if you want to know what researchers say about it.

The origins of PTD

Dr. Bigirimana is a senior scientist at Rwanda Agriculture and Animal Resources Development Board with over 14 years of experience in coffee research.

Bigirimana says potato taste defect was first detected in the Great Lakes region of Africa. It diminishes coffee’s flavor and the perception of quality, and reduces its value or causes it to be rejected by consumers.

PTD was first discovered in1940, but researches about PTD and the causes of PTD are relatively new. 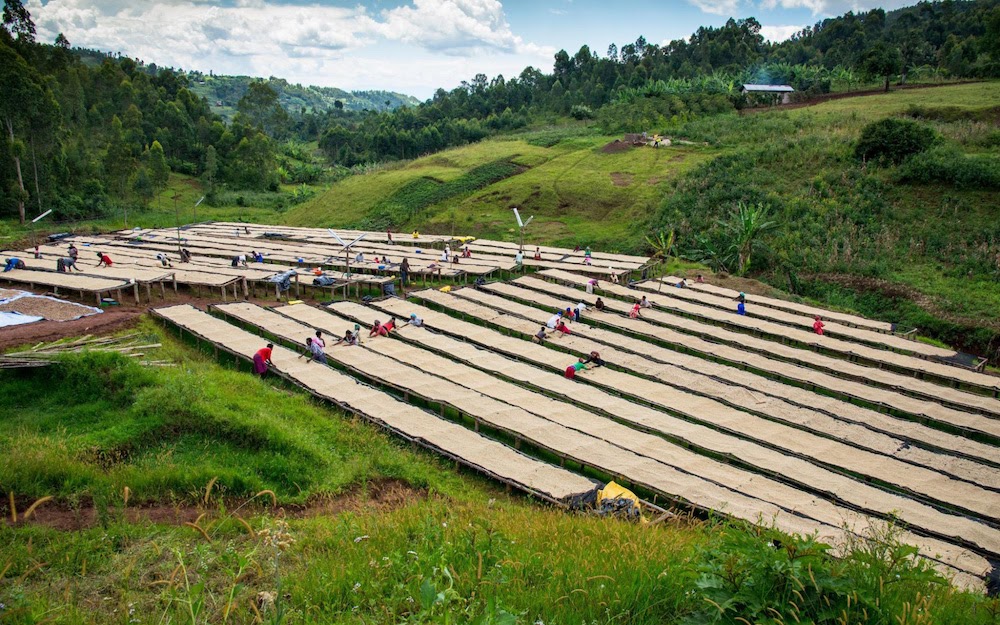 The bug is not the main reason

Mario Serracin, a plant pathologist and coffee agronomist in Rwanda has monitored antestia bugs to analyze how they affect coffee production. He says the cause for the PTD is a bacteria that was officially identified when French researchers studied antestia bug-damaged coffee beans collected in Burundi.

The President and founder of Artisan Coffee Imports, Ruth Ann Church, says the bacteria causes the potato taste. And the bacteria originate in the antestia bug. So, we can say the bug is a transporter.

The relationship between antestia bug feeding and PTD is still under investigation.

How do coffee farmers check for PTD?

The lateral holes in coffee cherries created by antestia bugs are what the coffee farmers can consider as the visual indications of probable PTD occurrence. Seeing color defects after pulping and washing, is also a sign that the beans should be discarded.

However, gas chromatography-mass spectrometry is the only method to positively identify PTD in green coffee. But many smallholder farmers do not have access to this level of scientific testing.

Serracin says there are a number of techniques coffee farmers can use to reduce the number of antestia bugs on a farm.

They train coffee farmers to scout and control the antestia bug with integrated pest management tactics such as spot applications of natural insecticides, pheromone traps, and scouting.

They float and separately process floating and insect-damaged beans in the wet mills. They use yeast to control fermentation and sort the wet and dry coffee beans with great attention to detail.

Pruning can also reduce the risk of potato taste deficit.

Researchers say that coffee farms where the antestia bug is effectively controlled can produce beans with less than 1% potato taste defect contaminated cups. They believe coffee producers could reduce the incidence of PTD in coffee beans significantly by proper processing and sorting.

Everything about the coffee plant

How can assist coffee producers in a battle...