We have been paying attention to golden coffee, a low acid coffee, and a new form of coffee roasting. It is a coffee that’s been roasted extremely light, but a little darker than green coffee beans. Golden coffee is five times less acidic than conventional coffee, according to Golden Ratio, and aside from the novelty of sampling a new coffee trend.

Coffee aficionados are most familiar with the roast levels of light, medium, and dark. If you’re a true aficionado, you’re probably familiar with terms like blonde and medium dark. However, most people have never heard of a gold roast. A gold roast is the lightest roast available, second only to not being roasted at all. It’s a coffee that’s been roasted extremely light. Golden coffee is five times less acidic than conventional coffee. Let’s have a look at the legend of the Golden Coffee Bean, a low acid coffee.

The legend of the Golden Coffee Bean dates back to the late 1700s. The Central Valley, which had great soil and climate conditions for coffee plantations, was where it all began. Ethiopian coffee Arabica was the first to arrive in the country. According to the history behind Golden coffee, the Costa Rican government promoted coffee production heavily throughout the nineteenth century. Costa Ricans had already grasped the significance of coffee as an export product and as a potential for farmers to escape the poor conditions in which they had previously lived by the time the country gained independence in 1821. As early as 1829, coffee overtook cocoa, tobacco, and sugar production as a key source of revenue. 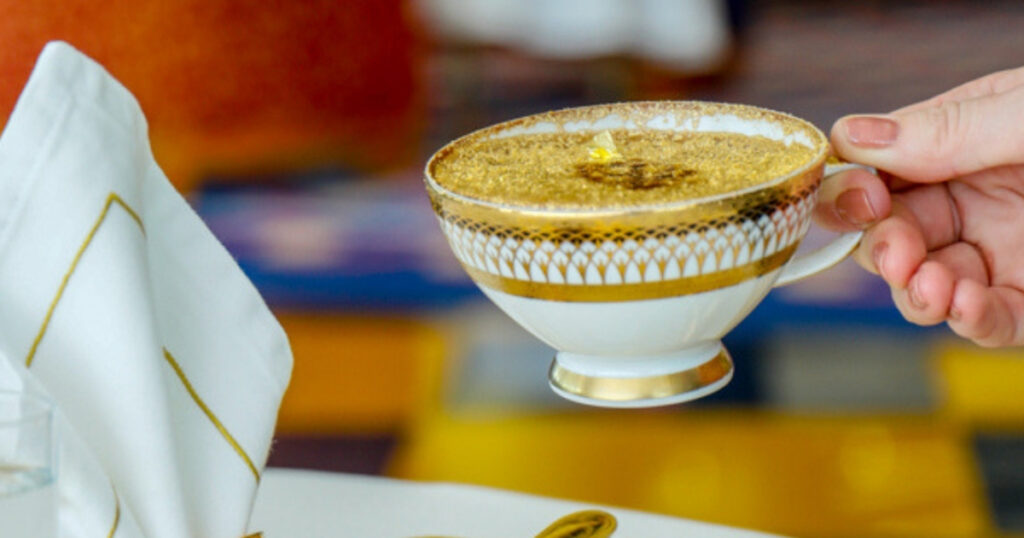 Costa Rica began exporting coffee to Chile in 1832, where it was repackaged and exported to the United Kingdom, as the history behind Golden coffee suggests. A consignment was delivered directly to the United Kingdom in 1843, and the British became interested in the country as a result. They made significant investments in the Costa Rican coffee business, eventually becoming the primary export market until World War II.

Coffee farmers and dealers revolutionized the Costa Rican economy and contributed to the country’s modernity. This enhancement enabled young ambitious academics to study in Europe with financial assistance. The road connecting the Central Valley to the port of Puntarenas, built between 1844 and 1846, boosted regional trade. There was communication between the valleys and mountains of what are today the cities of Grecia, Palmares, San Ramon, and Sarchi. Based on the history behind Golden coffee, this provided a new incentive for coffee farmers in Costa Rica to expand their operations.

The legend of the Golden Coffee Bean began to circulate around this time. The coffee boom, which plainly benefited the oligarchs at the expense of others, illustrates an undeniable truth. Costa Rican coffee industry lifted the country out of poverty and allowed it to pursue a more pleasant lifestyle, because golden coffee is five times less acidic than conventional coffee.

Furthermore, the cash created by Costa Rica’s coffee business helped to build the country’s first train, the “Ferrocarril al Atlántico,” which opened in 1890 and connected the country to the Atlantic Coast. The construction of the National Theater in San José, which opened in 1897, was made possible by a coffee tax.

The Golden Coffee Bean was also a component of the economic foundation that inspired the creation of odd examples of “progress” in Costa Rica during that time period. The legend of the Golden Coffee Bean indicates that after Paris, London, and New York, San Jose was one of the first cities in the world to have an electric lighting system. San Jose’s street lighting began on August 9, 1884, with the installation of a generating plant on the grounds of the Tournon coffee mill by Amon Fasileau Duplantier.

What distinguishes Gold coffee from the rest?

It is a low acid coffee that’s been roasted extremely light. Golden coffee is five times less acidic than conventional coffee. Gold coffee is 5 times less acidic than ordinary coffee, making it ideal for those who have sensitive stomachs. You can tell the difference between a typical Starbucks brew and any low-acid coffee right away. For a period, I had to switch to a low acid coffee, and goods like Golden Ratio coffee are excellent for getting your caffeine fix without upsetting your stomach. Another distinguishing feature of Golden Ratio Coffee is that it is available in pouches.

What are polyphenols in coffee?