The history of butter coffee

What is the history of butter coffee? Dave Asprey returned from Tibet in the late 2000s after drinking yak butter tea at high elevations. In the years that followed, he began to push coffee with butter, which quickly became popular among fitness enthusiasts and those on low-carbohydrate, high-fat diets across the United States. Continue reading to learn more about the history of butterCoffee and its origin.

Quick Access hide
Popular in UK and US
Where does butter coffee come from and how is it made?
It can be prepared with or without oil
A high Calorie drink
Butter coffee: how old is it?
Traditional butter coffee
Bulletproof coffee
MCT oil

Popular in UK and US

As a result, coffee with butter became popular in Western coffee-consuming nations, particularly the United Kingdom and the United States. Caffeine “mixes” with the oils and fats in butter, supposedly providing the drinker with slow-release energy throughout the day or throughout a long workout session.

Where does butter coffee come from and how is it made?

Robert Chohan is the creator of Kopi House, a Singaporean nanyang coffee café franchise in London. Depending on where the dish originates, butterCoffee can be prepared in a variety of ways. It frequently entails mixing or swirling butter into strong filter coffee. 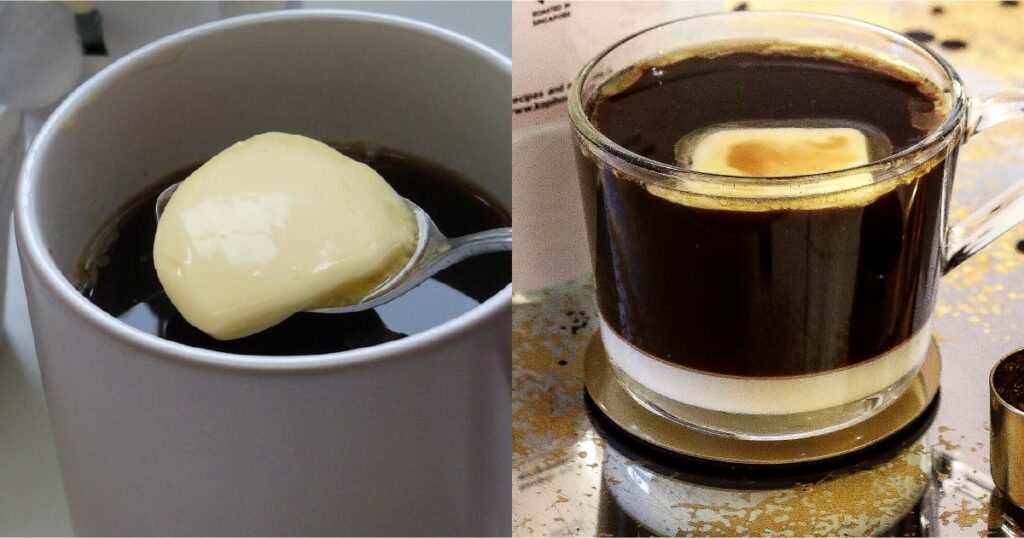 It can be prepared with or without oil

Butter may be mixed or blended into coffee without the oils separating and rising to the surface of the cup since it is a water-in-oil emulsion. No matter how hot the coffee is, the butter’s fatty lipids will not separate. When you make butterCoffee this way, you get a rich, frothy drink that nearly tastes like a latte.

Coffee with butter is a high-calorie, high-fat beverage that is carb-free (when unsweetened). As a result, it’s frequently used as a morning beverage by people following a low-carbohydrate, high-fat diet (also known as a ketogenic diet). The beverage’s proponents say that it gives long-lasting energy for workout and enhances focus.

Butter coffee: how old is it?

What is the history of butterCoffee? Despite the fact that butterCoffee became popular in the 2000s as a fitness trend, the tradition of combining butter and coffee dates back over a thousand years. Coffee grinds eaten with clarified butter in Ethiopia in the ninth century is the oldest indication of this. It’s not a novel idea to add fat to coffee. Long before it became popular, Ethiopians and Tibetans drank yak milk coffee [and butter tea].

Traditional butterCoffee and butter tea are still consumed in countries such as North India, Vietnam, and Singapore. Farmers in Tibet are famous for drinking po cha, a butter tea prepared from fermented black tea and yak butter. 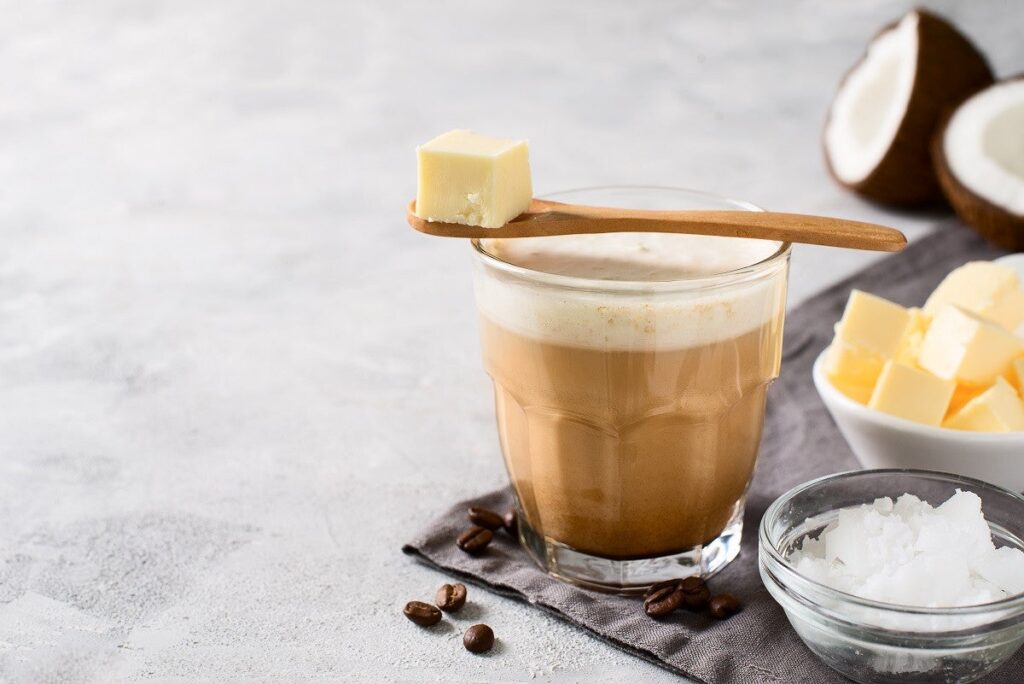 Bulletproof Coffee was created by Dave Asprey in 2009, who popularized a variation of it. It’s prepared by mixing unsweetened black coffee with unsalted butter and MCT oil. MCT oil is a synthetic oil that is high in MCTs. MCT oil is quickly digested by the human body; it is a fast source of energy that increases your metabolism and can help you lose weight when used as part of a healthy diet.

Other butters and oils can be used

Butter replacements can often be used to mimic the texture and flavor of butterCoffee. There are a few [cafés] that serve true bulletproof coffee, while others simply add cream or coconut oil. Because butterCoffee is frequently used as a pre-workout supplement, many butterCoffee consumers prefer to prepare their own at home. Only a few coffee places in Australia provide a real butterCoffee, therefore many buy our cold brew coffee for this purpose.

A smooth beverage is created by using cold brew coffee (rather than espresso), although you may use any coffee… They’ll each bring their own distinct flavor to the table.

What are the most benefits of coffee recycling?