Quick Access hide
The differences between flat white and the others
How to prepare a cup of flat white?

Coffee lovers have not yet agreed on the birthplace of Flat White coffee. Some Flat White fans see it as an Australian initiative, while others see the rise in popularity of milk coffees through the eyes of New Zealand, Australia’s friend and neighbor.

In every country where he was born, Flat White has conquered the hearts of coffee lovers for more than 4 decades; In other words, the recipe for this type of coffee was first introduced to the public in the 1980s. Since then, Flat White Coffee has traveled from the Pacific to the Americas and Europe. Currently, this type of coffee has found a special place in the menu of specialized coffees.

The Director of SENSE 5 Coffee, Binkel believes that customers who replaced instant coffee with espresso-based coffees needed a familiar replacement, and that a cappuccino with a mountain of creamy foam on it could not replace the familiar regular coffee. For this reason, when ordering to their favorite cafes, they ordered “flat” coffee. When Starbucks decided to introduce this attractive drink as a competitor against “Latte” in the United States, it became clear that Flat White coffee had already found its place in the hearts of coffee lovers.

With the explanations given about flat coffee, the question may arise as to what exactly is the difference between this coffee and cappuccino or latte? 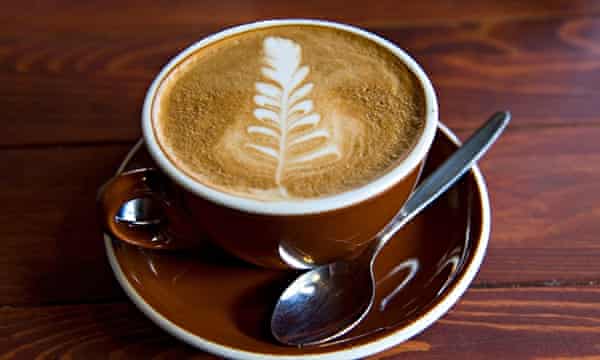 The differences between flat white and the others

The term latte originated in England in the early 1980s, but the association of coffee with milk goes back a long way. In Italy, latte coffee is a cup of espresso with plenty of milk that is usually consumed for breakfast. In the rest of the world, latte is a shot of espresso served with steamed milk and a layer of cream or milk foam. Another popular beverage from the coffee family with milk is cappuccino, which is served in a smaller cup.

According to Ben Bicknell, “Coffee in Australia is generally served in 200 ml cups. A 180 ml ceramic cup is used to serve Flat White coffee; “So in its traditional form, a cup of latte has one centimeter of foam, while half of the same amount of milk foam is placed on the flat white.” However, in the last five years, the difference in foam content between the two types of coffee has been reduced and almost eliminated. however cappuccino and latte can be made with 1-2 shots of espresso, classic flat coffee is sure to be made with two cups of espresso.

Despite all the differences mentioned, the line between latte, cappuccino and flat white may be narrowed depending on the café where you drink coffee and the barista who serves your drink. Because some customers request that their flat coffee be made with one or two cups of espresso and determine the amount of foam; So the experience that each person gets from drinking Flat White can be greatly personalized. In defining the traditional boundaries between these three drinks that are very close to each other is the ratio between milk and coffee and the volume of the drink. If the volume of the drink in front of the customer is more than 180 ml, it can no longer be called flat white and should be considered latte. 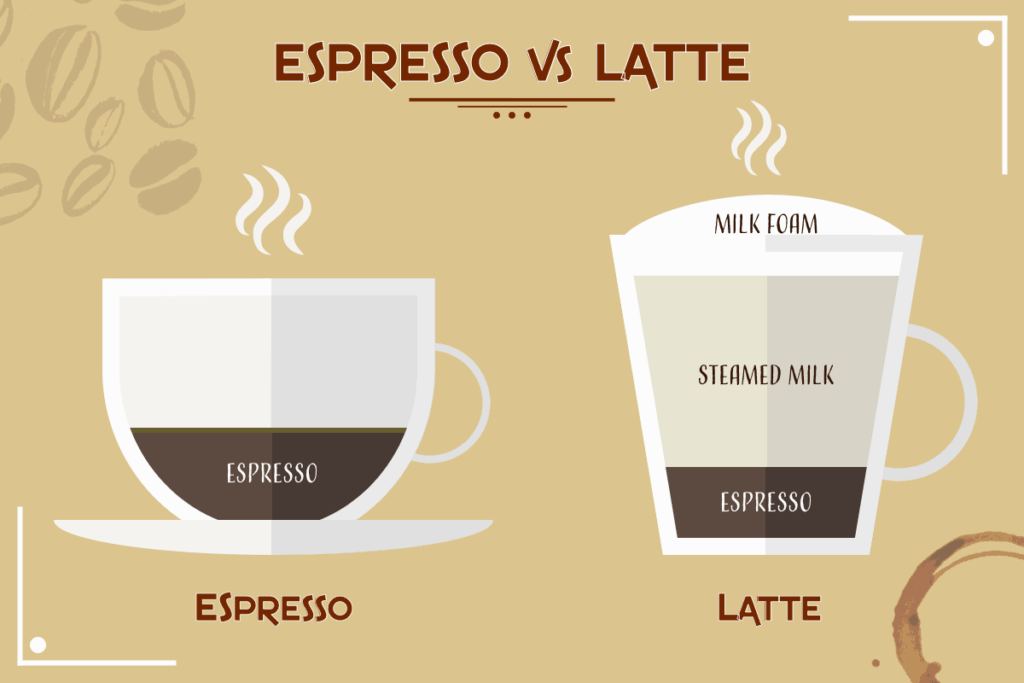 How to prepare a cup of flat white?

A cup of lovely flat white can be easily prepared, especially if you have some mastery of coffee preparation techniques. As mentioned earlier, a classic Flat White coffee contains two cups of espresso; So add two cups of espresso to the cup in which you want to serve the coffee. Since the main taste of your drink is the espresso base, try to use the best quality ingredients. Heat the milk to 55 to 62 degrees Celsius before adding it to the cup. Feel the heat of the drink by hand or use a thermometer to determine the temperature. To make the milk velvety, gently tap the surface of the counter with the boiling milk and gently swirl the milk in the boiling milk to dissolve the bubbles in the foam. After gently adding the milk to the cup, decorate your flat coffee cup in the same way you do on your latte cup.