The best way to determine the temperature of milk for coffee is a topic that we intend to examine in this article.

Continuity and stability of milk temperature is very important in making coffee. You may ask why? Well, to make a great coffee, the temperature stability of the milk certainly plays a big role in the taste of the coffee. Thus, in this article, we are looking for the best and most reliable way to determine the proper temperature of milk.

In this article, we look for the most accurate and stable way to heat milk to 65 degrees (because in our studies we found that 65 degrees is ideal for milk). We used a UNI-T UT325 digital thermostat with a tuned K-type thermocouple to determine the exact temperature of the milk during our inspections. We also had two baristas, each of whom tested each method several times. Methods of heating milk included the following:

The first method: the barista’s hand and feel

This is a convenient and easy method for any barista. The barista uses his experience and feeling to determine the proper time to remove the milk from the flame. 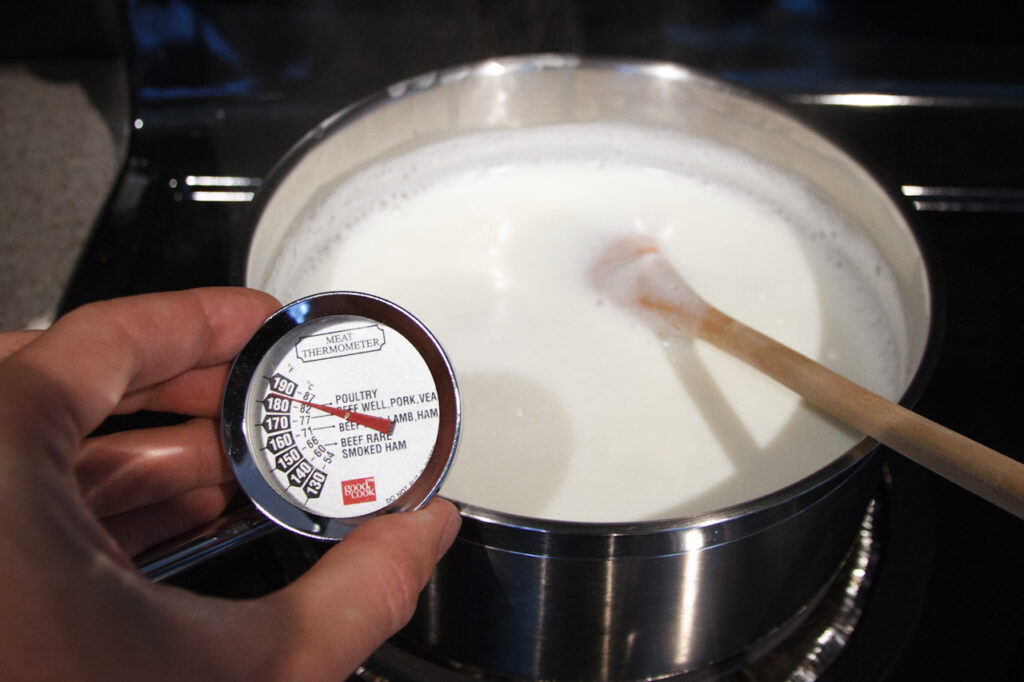 Now, did we think the results would look like this? Both yes and no. One of the reasons we focused on milk temperature was because we wanted to know how accurate and stable the baristas could be with their hands. As mentioned above, the first barista was more stable in bringing the milk to the right temperature, however the second barista was more accurate in reaching a temperature of 65 degrees.

Check out the Latest coffee tips on the coffeemag.ca : Do you know what is the most expensive coffee in the world? And why? 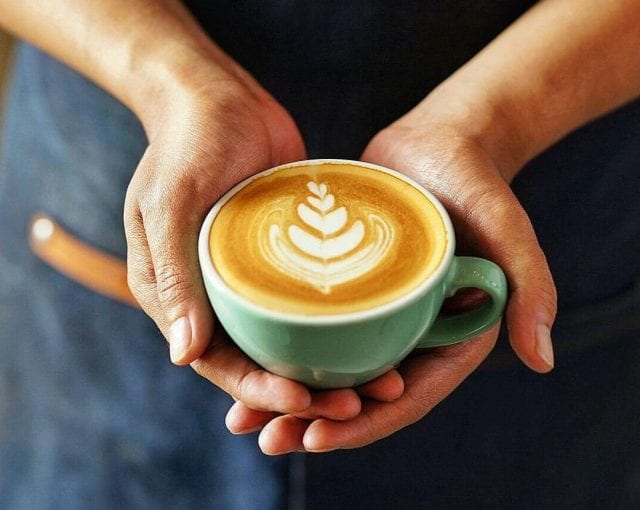 If you are not familiar with Ubermilk, it should be said that Ubermilk is an automatic device for heating milk. You read that right, you press a button and hot milk comes out.

We tested Ubermilk seven times at first, but found that the first five tests were inaccurate as the heater was heating up. So we tested again 25 times. In our tests, we found that at a constant level, Ubermilk achieves an average temperature of 62.5 degrees. 95% of the time, the milk obtained from Uberlink did not have a temperature higher than 65 degrees and a temperature lower than 61 degrees.

With this information, the question arises whether this difference of 1 to 3 degrees makes a big difference on the taste of coffee?

What is the ideal temperature for milk for coffee?

Of course, this study was tested on Australians, but it is clear that Australians like coffee between 3 degrees or less than 63 degrees. This temperature is excellent because with the hand method, baristas can detect temperature 95% of the time. It should be noted, however, that this statistic means that 5 of the 100 cups your coffee maker gives you may have over- or under-heated milk.

if you click on this link, you will redirect to:
Gardenmag.net
Check out the Gardening Tips on Gardenmag.net : Eight large indoor plants to make a green space

This does not mean that other methods are not wrong. Other methods of controlling the temperature of the milk give an error of 3 glasses in 200 glasses. Interestingly, in the case of Ubermilk, where the average temperature is lower than the target temperature, we expect the temperature to be 61 degrees cold for some consumers. Perhaps the trick that can be used is to set the initial setting temperature a few degrees higher.

So what is the best way to determine the temperature of milk for coffee?

When it comes to accuracy, it is clear that Ubermilk is at the forefront. Ubermilk provides a more stable temperature for your milk and coffee cups.

Temperature labels also worked well. They were easy to use, easy to learn, and looked clean and tidy on the glass. Reproduction for these labels is low because the barista has to keep an eye on them regularly. We found some other problems with it:

1) If the barista has to look at the labels regularly, then what does this mean for the customer service discussion?

2) This method still depends on the barista to turn off the flame and reach the right temperature.